When should the financial powers under an enduring power of attorney start?

Give it up straight away, or make them wait? What do you do? I’m talking about the financial powers under an enduring power of attorney in this video!

Need a recap on what a power of attorney is? Check out my post at https://www.taralucke.com.au/category/power-of-attorney/

So when should a financial attorney’s powers commence? Immediately upon the donor executing the document and the attorney consenting to take on the role, or only upon the donor losing capacity to make decisions for yourself?

This video sets out my thoughts on the advantages and disadvantages of each approach.

Not sure if an enduring power of attorney is even necessary? See my thoughts at https://www.taralucke.com.au/is-an-enduring-power-of-attorney-necessary/

Hi, it’s Tara Lucke here. I was asked a question recently about enduring powers of attorney and particularly when you’re appointing an attorney for financial and property matters, when should the attorney’s powers take effect?

So that’s basically the question; do you wait until the donor has lost capacity (i.e. being certified by a doctor that they have lost capacity to make decisions on their own) before the attorney’s powers are enlivened?

So there’s pros and cons for both approach, and I wanted to walk you through.

I guess I should say first of all, that when the donor and the attorney are very close and there is a relationship of implicit trust (i.e. If we’re talking about y life partners pointing each other or perhaps a young adult child appointing their parent who they trust implicitly) then my preference would be to have the power of attorney commence immediately on signing the document with respect to the financial powers because I think this gives the family a lot more flexibility to use the power of attorney in all kinds of situations.

So for instance, if the donor is traveling interstate or overseas, the attorney can use that document to take care of any circumstances on their behalf at their direction.

Also in situations where there might be a physical impediment, such as a broken leg or broken hip or something which can often arise when the diner is quite elderly, then the power of attorney taking effect immediately can also be really helpful there.

So for instance, I know in my family situation, my late grandmother started to lose her mobility in her older years before her cognitive, so she was totally fine mentally but physically going down to the bank and doing her banking was becoming a real burden for her.

So what she would do is sit down with one of her sons and set out exactly what bills needed to be paid, how much money she needed for that week, and then they would go to the bank on her behalf at her direction, use the power of attorney and take care of that for her.

So having the power of attorney take effect immediately opens up all of those opportunities.

There is an argument that the attorney has more, or an earlier opportunity perhaps, to take advantage and abuse the powers that they’re receiving under the power of attorney.

I suppose my counter argument to that is if you are appointing someone as your attorney to take care of your affairs and you don’t trust them to act in your best interests while you are fully mentally capable to take them to account for any actions that they do under the power of attorney, then I would have serious concerns about your ability to trust them to act as your attorney if you had lost capacity when you are at your most vulnerable.

That said, it is a peace of mind planning opportunity to make the power of attorney, so if the donor won’t have peace of mind because the attorney can act too early, then that does need to be weighed in, particularly if you’re appointing, for instance, a professional trustee or attorney to act as attorney.

So the alternate approach is for the donor to specify that the power of attorney powers only commence once they have been satisfied as having lost capacity. So it just sits there ready.

If you lose capacity and can’t look after yourself, that’s when the attorney’s roles come in.

That might give people more comfort rather than them knowing that the attorney could act for them straight away.

I have seen instances in the past where this becomes unnecessarily complicated, particularly where there is a decline in capacity or dispute over capacity.

So for instance, if the donor is not being accepted by their financial institution as having capacity or they’ve got concerns about it, but then they can’t be certified by a doctor as having lost capacity and you end up in “no man’s land”, and that can be quite frustrating and having a power of attorney take effect immediately would have avoided that whole issue.

I’ve also seen it on the other side where the attorneys feel that the donor has lacked capacity, and they want to basically take control of their affairs, but the donor still has capacity and they just not seeing eye to eye, and in that situation it can be complex as well and you have to go and revoke the power of attorney.

So it really is a matter of thinking about the donor attorney relationship, and what issues could arise in that relationship? What level of trust is there?

My general rule of thumb is in most cases it is appropriate for the power of attorney to take effect immediately on signing by the donor and attorney. But that won’t always be the case and I think it’s prudent for the donor to understand their options and make a choice which gives them the most peace of mind weighing up all the potential possibilities.

So I hope that gives you a little bit of guidance and clarity around that issue.

If you have seen any instances where this has been done really well or poorly, I’d love to hear about those.

And if you’ve got any questions, please also feel free to get in touch. 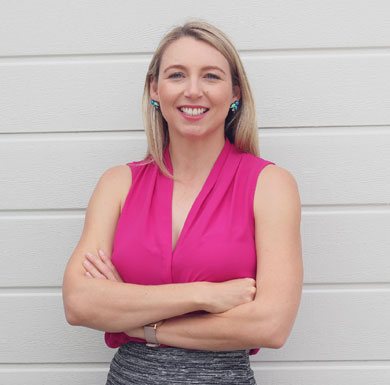 I love helping clients reach peace of mind about the protection of their wealth and transition to the next generation.